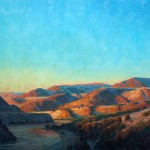 The driving force behind Jerry Markham’s work is his desire to create an original vision, a personal interpretation of subject matter that he hopes will give viewers a fresh perspective. 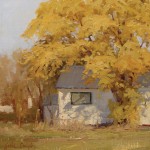 Although Kathleen Dunphy is an award-winning plein-air artist today, she actually began her studies at San Francisco’s Academy of Art University with the intent of becoming a figurative painter. 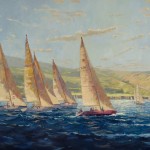 Debra Huse | On Land and Sea

Debra Huse has created several of her coastal landscape paintings from the deck of a boat drifting unanchored in the Pacific Ocean—the vessel rocking back and forth and her canvas gently swaying with the currents. 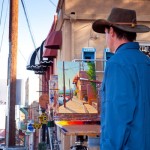 A visit with Cody DeLong at his studio in Jerome, AZ
By Bonnie Gangelhoff  (Featured in June 2012)

“Anyone who has visited Jerome knows it’s a special place,” DeLong says. “It has an authenticity and charm from the old days that few places can still claim.” 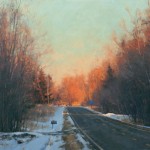 For landscape painter Marc Hanson, art is everywhere his travels take him
By Rosemary Carstens (Featured in November 2012) 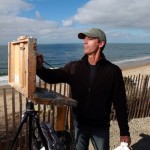 A visit with Michael Obermeyer at his studio in Laguna Beach, CA.
By Bonnie Gangelhoff  (Featured in May 2012)

“I’m a member of the Laguna Plein Air Painters Association, and we continue the tradition of the early California Impressionists, painting the gorgeous light and unique views of the area,” says Obermeyer. 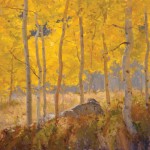 John Taft is compelled to portray the beauty of the Colorado landscape.
By Bonnie Gangelhoff  (Featured in July 2012)

The inspiration for Taft’s landscape paintings stems from being on location in all seasons. Taft says he never tires of painting Colorado terrain because there is so much variety just a few hours from his front door. 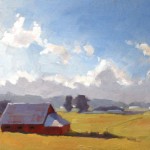 Tim Horn captures the light of everyday moments in his nostalgic art.
By Bonnie Gangelhoff  (Featured in June 2012)

Red-roofed cottages perched by the sea, pastel-colored laundry pinned to a backyard clothesline, rusty Ford trucks sitting in fields on the fringes of small-town America—there is a certain nostalgic art thread running through Horn’s paintings. 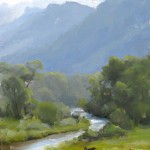 Working steadily over the past decade, plein-air painter Dave Santillanes is increasingly recognized for his ability to translate his knowledge of wild places into beautifully crafted works of art. 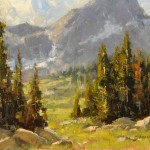 Greg Scheibel | Right Under the Sky

Greg Scheibel earns his plein-air stripes in the great outdoors.
By Linda Williams (Featured in November 2011)

Even though Greg Scheibel has stacks of sketchbooks in his studio, he honed and polished his skills in the unbounded classroom of the Rocky Mountain wilderness. For this artist, the emotional connection to nature is foundational to all of his work. 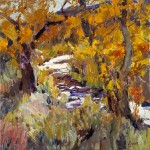 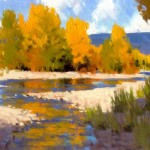 Art can be a means of making sense of the world, and Datz’s paintings bring us closer to that understanding. To him the landscape is alive and vibrant, with a melody all its own and “an intrinsic beauty and value that cannot be ignored.” 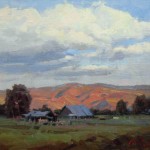 John Poon views his career as a continuing process of learning and evolving.
By Norman Kolpas (Featured in June 2011)

Utah painter John Poon can be judged by any standard to have established himself as a fine artist of substantial accomplishment. His landscape canvases sell in respected galleries across the country. 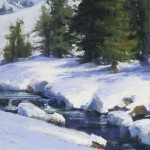 Kim Lordier’s career took off once she got her feet on the ground.
By Bonnie Gangelhoff (Featured in June 2011)

When Lordier sets out to paint on location, many of her favorite spots are ones where legendary artists stood before their easels decades ago. Experts in early California Impressionism agree that Lordier’s strong suit centers on portraying light. 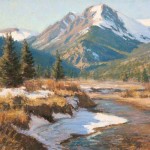 Lorenzo Chávez | Below the Surface

Lorenzo Chávez’s pastel landscapes are imbued with a spirit of history and a deep connection to nature.
By Reed Glenn (Featured in April 2011)

Very early in his career, Chávez liked to paint western scenes. But he soon discovered that he preferred what was behind the cowboys—the landscape. 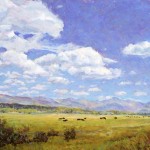 Clive R. Tyler | One With Nature

Tyler’s shimmering landscapes are deftly rendered in brilliant pastels, each canvas a painterly paean to the mountains and trees he knows and loves. In fact, Tyler says that his first artistic memory involves “drawing a lot of trees.” 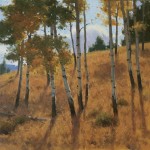 Frank Serrano | In the Mood

Thinking of Serrano’s works as a series of time-lapse images somehow explains why they appeal to the many people who have been drawn to them over his almost 18 years as a professional fine-art painter. 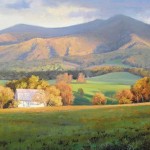 Michael Godfrey | The Glory of Light

Whether capturing the vast, open vistas of Colorado, Wyoming, and the Sierra Nevadas, or the lusher, denser wildness of the East, Godfrey never fails to feel God’s hand at work. 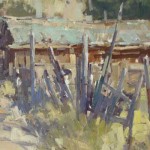 Jill Carver | In Pursuit of Painting

Plein-air artist Jill Carver searches for images that inspire her.
By Norman Kolpas (Featured in June 2010)

“I spend as much time walking and observing and sketching as I do painting,” Carver says. “It tunes me into the landscape. My first step is exploring and absorbing and just looking. I do hours of that, and I find a lot of paintings as a result.” 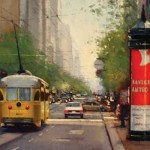 Douglas Morgan took 40 years to discover his calling as an artist.
By Norman Kolpas (Featured in May 2010)

Listen to Douglas Morgan as he enthusiastically surveys the first four decades of his life, and you might well think that absolutely nothing foreshadowed the highly successful artist he is today. 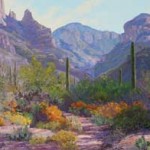 Carol Swinney | A Feel for the Land

When a blind man’s fingers can travel over a landscape painting and reveal nature’s beauty to sightless eyes, you know there’s something special about the art.